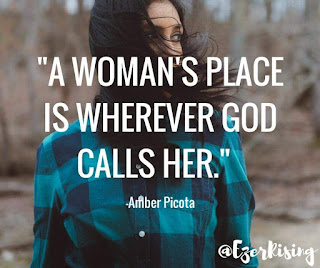 "I truly believe you are going to be an awesome pastor!" - NBC Classmate

This past weekend has been an interesting one, to say the least. I woke up Sunday Morning and went to Church... but I felt like I was forgetting something--and I was... I had forgotten that I was supposed to lead the service that morning. I went into the service completely unprepared praying that God would direct what I said and did before and after pastor Raymond gave the message. Boy, did God come through!
After Church, Jason was still wondering what God was wanting him to speak on at Youth Group (he is not usually unprepared but this week we were planning to go up to Family Camp for the last service. However, with our move coming, Jason decided to have normal youth group to spend as much time with the group as possible.) Well, he finally gave up trying to think about what to speak on and asked me if I wanted to share. Well, it just happens that God had been laying something on my heart to share. I was a little concerned that I only had two hours to prepare but God came through!

After I taught, a young man from the group approached Jason and sited 1 Timothy 2:12--didn't quote it, just sited it and said "That's just what I think about it"-- the "it" being my speaking to the group. Well...

I believe that God is the same yesterday, today and forever (Heb. 13:8). The God in the Old Testament is the same God of the New Testament and the same God today. In Judges 4, we meet a woman named Deborah. Deborah was a prophet--but more than that, she was LEADING ISRAEL. She held authority over the men of Israel--and GOD SPOKE THROUGH HER.
God is the same yesterday, today, and forever.
If God called Deborah then, he can (AND DOES) call women now. To be in authority. To minister to others. To share the Gospel of Christ--to everyone... not just other women and children.

"Well, the reason Paul wrote that to Timothy is that he was sexist."

I don't believe that either. Paul recognized the authority of Phoebe, Priscilla, Nympha, Lydia, Lois, Eunice--to name a few. Had he been misogynistic, I doubt highly that he would have recognized them at all. Instead, he would have greeted their spouses or the other male leaders in the Churches. No, he took the time to point out and recognize the authority of these women with no statement of "even though they shouldn't be in leadership".

Well then, why did Paul say, "I do not permit a woman to teach or to assume authority over a man; she must be quiet."?

Well, Timothy was leading a Church in the town of Ephesus. Ephesus was the central hub for the goddess Artemis. Artemis was believed to be the "mother of life" and her followers were decidedly feminist (the reason for Ephesians 5:22). Women were not respecting men and the men were in-turn abusing them into forced submission. The Temple of Artemis housed several levels of "Bees" or Women dedicated to serving her. Some of these women had taken a vow of Chastity and were, therefore, virgins their entire lives. These women served in the temple by maintaining the grounds and as manual laborers. However, one of the other levels were the women who performed "Ceremonial Prostitution". Men would come to the temple to "pray" to Artemis but the form of "prayer" was sexual in nature.

When Paul said, 'I do not permit a woman to teach or to assume authority over a man", he was speaking TO Timothy ABOUT the church in Ephesus. An area where Women in religious authority were often used as sexual objects to connect to a deity.

There is only one other place in the Bible that Paul seems to say that women have no rights. The other passage is 1 Corinthians 14:34-35 "Women should remain silent in the churches. They are not allowed to speak, but must be in submission, as the law says. If they want to inquire about something, they should ask their own husbands at home; for it is disgraceful for a woman to speak in the church." Yes, this by itself seems to say "women, just shut up. You don't have the right to speak." However, earlier in Corinthians mentions women praying and prophesying. The issue in the Corinthian Church was two-fold. 1. The culture was similar in nature to Ephesus (with the ceremonial prostitution) and 2. Women (specifically) were literally being disruptive. During the time of scripture reading and studying, the women were interrupting by speaking in tongues. This is explained just four verses later: "So, my brothers, earnestly desire to prophesy, and do not forbid speaking in tongues. But all things should be done decently and in order." (Vs. 39-40)

I find it incredibly sad that these two verses in the Bible are being used to overlook the call of Women. Throughout the Bible, God has called women. He has constantly been raising women up from the dust that the world has trampled them under and placed them in leadership roles.

"Well, God placed men as the head of the home, so shouldn't it be the same in the church?"

Actually, nowhere in the Bible does God call men to be the head of the house. Where that is coming from is Genesis 3 when God is explaining the curse of sin. He tells Eve that "your desire will be for your husband and he will rule over you."(vs. 16) That was not a call placed on Adam. That was a punishment for Sin placed upon Eve. Paul does say that husbands are the head of the wife… but even then, the headship described at that moment is not of power but of love and care. A man's total willingness to sacrifice everything for his wife. You see, that willingness is often already found in a woman's instinct. The maternal pull of a woman will push her to give her all for the family she cherishes. She would give up her life for her children and the spouse she loves, but the maternal instinct is not as common for a man. This was a call from Paul to the men of the church to step up and sacrifice themselves for the women they love. To do the things they find burdensome and irritating. To take charge so their wives don't feel like they have to do everything themselves or nag their husbands. This is about mutual effort. "Husbands are the head of the wife as Christ is the head of the Church"--Christ came and served. He did not demand others to do for him, instead, he washed feet. He called the children unto himself. He healed the sick... Jesus stepped up and DID.

The fact is, Men and Women are equal. There are no God-given gender roles (other than childbirth). The gender roles that we are allowing ourselves to be limited by are the result of sin. But we are no longer under the curse of sin and death. We are under grace. I am called to preach, and I am so thankful for what my classmate said. God IS going to use me. My God is not limited by my gender. He is so much bigger than that. How big is your God?